Sly Cooper Wiki
Register
Don't have an account?
Sign In
Advertisement
in: Episodes in Sly 3: Honor Among Thieves

An Opera of Fear

An Opera of Fear

"Hazard Room"
"Beginning of the End"

Heading onto this guy's turf was dangerous, but worth it for a chance to make things right with Murray.
― Sly Cooper, from the episode's introduction[src]

"An Opera of Fear" is the first episode of Sly 3: Honor Among Thieves. Sly Cooper and Bentley went to Venice to track down Murray and convince him to return to the gang.

Getting inside the Cooper Vault would take a team of world-class thieves, a group of specialists, each contributing their own special talent. It was clear that Sly and Bentley needed Murray back in the gang. Not only they were missing their lifelong friend, but his brute strength helped get the gang out of more than a few scrapes in the past. After the events with Clock-La, Murray blamed himself for Bentley's injury and decided to leave the team. Sly and Bentley tried to reason with him, but going out on his own was something he needed to do.

Murray said he wanted to find his spiritual center. They found out that he ended up in the Australian Outback, where he studied a mystic art called the Dreamtime, taught by an aboriginal guru. From all accounts, things were going pretty well, and his teacher even sent him on a walkabout to places all over the world to complete the training. During it, Murray eventually ended up in Venice of Italy, but what he was doing there was a mystery. Sly just hoped that Murray steered clear of the local mob boss, Don Octavio.

Growing up, Octavio was a real neighborhood celebrity, well known for his opera singing. However, just as his career was about to take off, musical tastes changed. After losing most of his fans to rock music, he became the leader of the Venetian mobsters and had plans for making everybody enjoy opera again. Sly knew that heading onto Octavio's turf was dangerous, but worth it for a chance to make things right with Murray.

With the fight over, Sly and Murray went back to help Bentley up. It was touch and go for a while, but they managed to sneak out right under Carmelita's nose. Octavio was not so lucky, as he got thirty years behind bars for what he did to Venice. He ironically found success as a singer in jail. After all, most of his old fan base was already in the clink.

The gang's big score here was getting Murray back into the gang. Once he put on his mask and gloves, it was clear to everyone, most of all him, that "The Murray" had came back.[note 2] 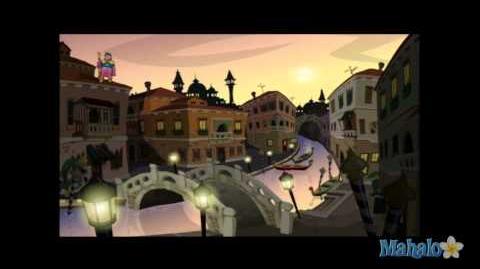 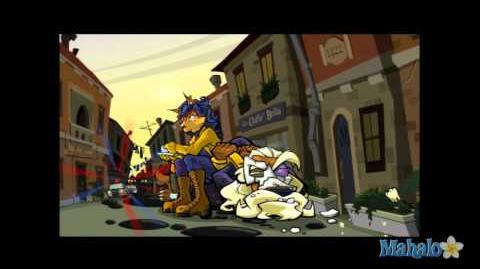