Sly Cooper Wiki
Register
Don't have an account?
Sign In
Advertisement
in: Power-ups for Sly Cooper, Power-ups in Sly Cooper: Thieves in Time

Costumes are alternate clothing for Sly Cooper in Sly Cooper: Thieves in Time. Despite being similar to the disguises from Sly 3: Honor Among Thieves, only the Samurai Costume and Sabertooth Costume can be used as a disguise; none of the other costumes can fool the guards of the episode. Rather, their main function are their unique abilities, such as the Samurai Costume which can protect Sly from fire. Newly obtained costumes can help the player reach new locations in levels previously visited. 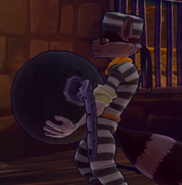 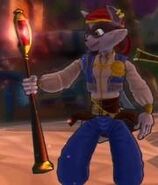