We'd been called in to get our hands on this miraculous diving equipment. Not all bad, really. If things go our way, the team might get a frogman out of the deal, which Bentley figures will be a big help cracking the Cooper Vault. That Bentley, always thinking.
― Sly, from the episode's introduction[src]

"Dead Men Tell No Tales" is the fifth episode of Sly 3: Honor Among Thieves. It takes place in Blood Bath Bay, and the main antagonist is Captain LeFwee.

The gang got a message from Dimitri one Saturday night. It was time for Sly to return the favor he promised him back in Holland.[1] Dimitri went ahead and booked the whole gang a cruise to none other than Blood Bath Bay, a town made up of hermit pirates and in Sly's view, one of the most lawless places on Earth.

The cruise gave the gang a chance to get the run-down from Dimitri. His grandfather, Reme Lousteau, was a pioneering deep sea diver, who made a fortune looting undersea wrecks. However, his luck ran short, when a young pirate, by the name of Black Spot Pete, stole his treasure and his precious diving gear.

A broken man, Reme retired from treasure hunting and eventually started a family. Dimitri, growing up on his grandfather's stories, dreamed of recovering the lost diving gear one day.

The gang agreed to help Dimitri recover the diving gear. Bentley mentioned to Sly, that if they were lucky enough, the gang could even get a frogman out of the deal, which would be a big help in the Cooper Vault heist.

LeFwee was defeated, eaten by sharks, and outsmarted by the gang resident genius, Bentley, who not only rescued a teammate, but also won himself a girlfriend. They would have these conversations that the rest of gang couldn't even follow. Sly could see that both Bentley and Penelope were made for each other.

Dimitri was also in love, as he let his new diving gear go to his head. The gang was "informed" that he was their frogman for the Cooper Vault heist, despite the fact that nobody asked him.

For the first time in memory, Carmelita did not show up to arrest everyone. The gang decided to send her a postcard, as Sly hated to have her left out. 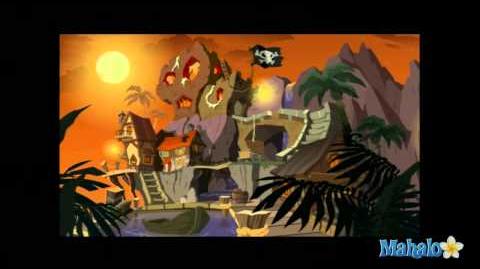 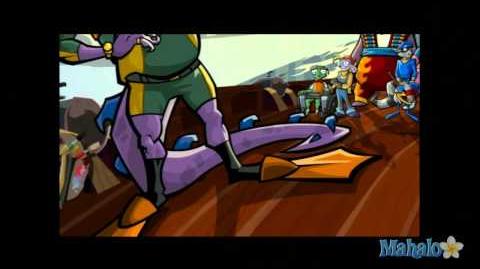