Edit
watch 01:36
We're Getting Mutants in the MCU - The Loop
Do you like this video?
Play Sound
Not to be confused with Sly 3: Honor Among Thieves.

All these memories, they just bring you back to the same place: getting crushed to death in the fist of some genetics experiment gone wrong. Not the way I thought I'd go out...
― Sly, from the episode's introduction[src]

After Sly's life flashes through his mind, he struggles to free himself from the tight grip of Dr. M's monster. Sly was so eager to see what was inside the Cooper Vault, as the door was beginning to open. He wonders what he would contribute with what he had measured up, and also wonders if his father would either be proud or ashamed of him.

As the end of Sly's life draws near, he begins to regret how cowardly he was towards Carmelita, saying he never took the next step. Looking at Bentley and Penelope, he realizes that's clearly what life is about. He wishes he could tell Carmelita straight-out how he really feels, and wishes they could put aside their professional differences and see if they can make it work, but it is too late for that now.

As the beast continues to crush Sly, he can no longer take it and begs for the pain to stop.

Dr. M just stands there, unwilling to leave as the walls collapse on him. Since he spent his life lusting over the Cooper fortune, he refuses to give it up, no matter what the cost. Murray manages to get everyone out safely as the fortress falls apart. Bentley and Murray stands there as the structure falls, thinking back on all of the adventures that had brought them to this island; the people they met and the places they've seen. They worked for a long time to get Sly into the vault, and now its secrets are permanently hidden. Bentley hopes that Sly found whatever he was looking for in the vault.

They search around the island for Sly, retrieving the gang one-by-one, but he is nowhere to be found. They make a surprising discovery that he actually doesn't want to be found. As usual, he left a calling card, with his cane propped up against a cave opening, with his pouch dangling from it. Inside the cave are all of the Cooper Clan's riches, which he obtained from the vault.

Months passed, and Sly still doesn't show up. Each member of the gang goes on to continue their lives. Murray heads back to Australia to finish his Dreamtime training with the Guru. They each have to step out on their own for the first time without Sly there as the leader. It is difficult, as the 3 of them had never been apart since they met at the orphanage. However, Bentley and Murray remain close to this day. Murray recently joined the professional racing circuit, stock-van class. Things are going great for him, as he has a unique talent for surviving crashes that would be fatal to others.

Then there is Penelope, Bentley's new partner in crime. Bentley admits he's in love. The two had set out on an adventure Bentley never would have dreamed of when working with Sly and Murray, although he hopes they would cross paths again. The two create a high-tech security door for the new entrance to the Cooper Vault. Bentley writes in the Thievious Racoonus that although this may be the end of the adventures together, it may be part of something even greater. Time will literally tell, because Bentley states he is going to build a time machine to find out what the future holds.

Dimitri goes on to become a celebrity skin-diver, which causes money and ladies, to flock to him. The Panda King returns to China, and lives a happy life living two doors down from his unmarried daughter, Jing King, who is happy to have him screen all of her future suitors. The Guru returns to the Australian Outback and continues to train those willing in the art of the Dreamtime. He begins teaching The Oscars, which brings him a lot of unwanted media attention, causing him to hide out where no one would look, in the heart of New York City.

Some time later, Bentley scouts around Paris with his binocucom and finds Sly hand-in-hand with Carmelita at a party. Sly turns around, looks straight at Bentley, and winks. Talking to himself, Bentley calls him a sneaky-devil. 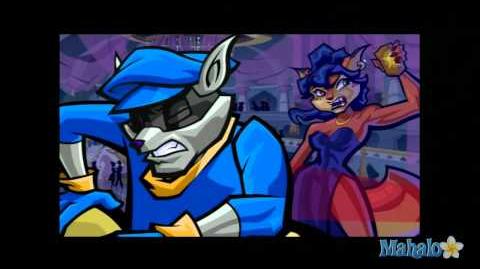 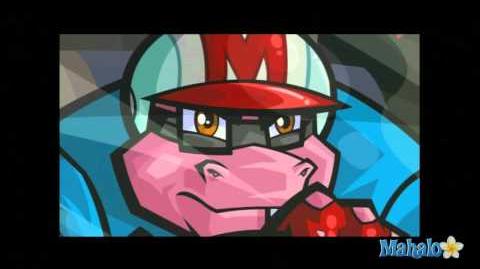