The Adventures of Sly Cooper, issue 1

Inspector James Barkley was the Director of INTERPOL[1] and a mentor to Carmelita Fox.

Barkley's first appearance was while Sly Cooper and Carmelita were reminiscing about their first meeting, where Barkley was grooming Carmelita as his successor. Because of Sly and Carmelita's different views on the event they were remembering, it is hard to determine whether or not he was confident in her abilities. Carmelita's temporary unprofessional attitude to the theft of the jewel she was supposed to be protecting almost cost the Inspector her job, much to the annoyance of Barkley.

Many years later, Barkley was still on the force. He arrived at the crash sight of Arpeggio's blimp and, upon seeing Sly Cooper in custody, reinstated Carmelita's revoked position within INTERPOL and gave her a promotion. Just before the Bavarian chocolate heist, Barkley was interviewed for a newspaper article where he mentioned that he had been on the force for 55 years and had only three days to go before retirement. Whether or not he was able to retire is unknown due to the fact that the chocolate bar in question was stolen by the Cooper Gang. 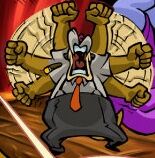 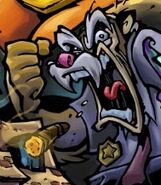 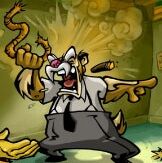 The Adventures of Sly Cooper
Sly 2: Band of Thieves
Retrieved from "https://slycooper.fandom.com/wiki/James_Barkley?oldid=139815"
Community content is available under CC-BY-SA unless otherwise noted.