The Adventures of Sly Cooper, issue 2

The original Cooper Gang was Conner Cooper's gang. It consisted of him and two other members, McSweeney the walrus, and Dr. M the mandrill. Conner played the main field job as Sly Cooper did. McSweeney played the same role as Murray does as he was the strength of the gang. Dr. M was the brains of the operation much like Bentley is in the current Cooper Gang.

Conner met McSweeney and Dr. M. They did jobs all over the world, eventually getting to the height of the second Cooper gang.

The original Cooper Gang had some good heists together until Dr. M. felt as if he was being treated as a side-kick to Conner, so he left the gang and turned against Conner and McSweeney. On top of that, Conner started to go out less often after Sly was born.[1] Later on, Conner was killed by the Fiendish Five and with McSweeney saddened, he turned himself in to Heathrow Penitentiary.

The gang is extinct and McSweeney is the only member still alive; Dr. M died in the Cooper Vault[2] and Sly is the heir of the member who formed it. 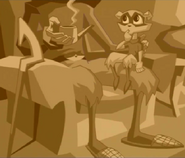 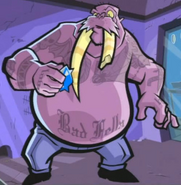 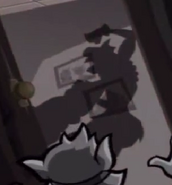 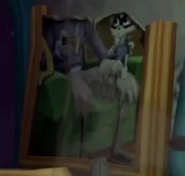