Our gang needed to grow its ranks for a chance to get inside the Cooper Vault, and this Guru, this Outback mystic, was looking like the best recruit we could have ever asked for.
― Sly, from the episode's introduction[src]

"Rumble Down Under" is the second episode in Sly 3: Honor Among Thieves. It takes place in Yuendumu, Australia, and the main antagonist is the Mask of Dark Earth.

With Murray back on the team, it seemed just like the old times. The gang was back in action. However, Murray was feeling guilty about joining back up with his friends without his Guru's permission to quit his training.

Sly and the gang packed up, whipped up some disguises and traveled to the Australian Outback to find The Guru. Along the way, Murray told the gang several stories about his Guru's amazing abilities and Sly, knowing that the gang had to grow its ranks in order to have a chance at breaking into the Cooper Vault, thought that the Guru seemed like the best recruit they could've asked for.

However, when they finally arrived in the Outback, they found the area was in a state of despair, following an extensive opal-mining project, and the Guru was nowhere to be seen.

After the mask was destroyed, Carmelita just lied there, unconscious on the desert floor. Being gentlemen, the gang, along with the Guru, wrapped her up in a blanket and kept watch over her throughout the night. To ensure that she does not leave empty-handed, they took pictures on Carmelita's camera and left. The next day, she woke up and discovered the camera with Sly's calling card next to it.

For the first time in Cooper Gang history, they have picked up a new member. The Guru is now officially a part of the gang and he joins them on their next journey. 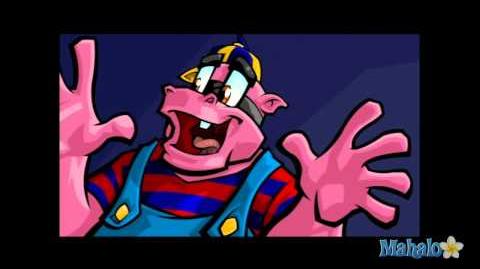 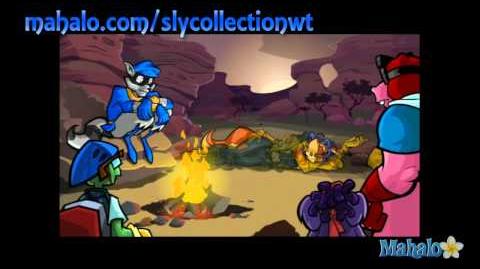