Anyone who read it learned to be especially sneaky, which is why we specialize in stealing from criminals. After all, there's no honor, no challenge, no fun in stealing from ordinary people. You rip off a master criminal and you know you're a master thief.
― Sly Cooper describing the Thievius Raccoonus[src]

The Thievius Raccoonus is an ancient tome handed down from parent to child throughout the centuries that acts as both a handbook describing many of the skills of the Cooper Clan, and a record of accomplishments and events, such as heists, that involved or affected the members of the Clan. The current holder of the Thievius Raccoonus is Bentley, as Sly Cooper (the rightful owner) is trapped in Egypt sometime in the past, due to events related to Cyrille Le Paradox and time travel.[1][2]

The Thievius Raccoonus is a leather-bound book with gold corners and a gold lock on the right side. On the front cover is the Cooper symbol, book-ended by the "T" and "S" of the word "Thievius" which lies below in gold, and "Raccoonus" below that in blue. It has visible aging, as there are circles of red rot in some places. It also has a blue ribbon bookmark. Sly mentions that through the book's teachings, the Coopers specialized in stealing from criminals, due to the lack of challenge and honor in taking from "ordinary people."

Slytunkhamen Cooper began writing the Thievius Raccoonus sometime before 1300 BC, filling it with stories of his exploits of stealing from corrupt pharaohs and greedy noblemen, as well as the instructions on how to use his ability of invisibility. He eventually handed the book down to his son, Slytunkhamen the second, who also filled the book with his own adventures, though it is unknown whether or not he recorded or even created any abilities.

As time went on and the book was passed down, many other Coopers filled the book with their knowledge, largely making it what it is now.

On the night Sly Cooper was meant to inherit the Thievius Raccoonus from his father, five strangers came to their home, killed his parents, and stole the book, dividing its pages among themselves. The mastermind of the theft, Clockwerk, allowed Sly to live in an attempt to prove to the world that without the book, the Coopers were nothing.

After ten years, Sly Cooper, with help from his friends, tracked down the criminals and recovered the Thievius Raccoonus piece by piece, eventually defeating Clockwerk and freeing his family of a menace that was as old as, if not older than, the Coopers themselves. Afterwards, Sly began recording his own adventures in the great book.

After Sly left the life of a thief behind to strike up a relationship with his law-woman love-interest, Inspector Carmelita Fox, Bentley began to take care of the book, becoming the first non-Cooper in known history to write in the Thievius Raccoonus. As Bentley and his girlfriend, Penelope, worked on a time machine, the pages of the Thievius Raccoonus began to disappear, beginning the events of Sly Cooper: Thieves in Time. This forced Sly to join back up with the gang, forgoing his simple life as partner and boyfriend of Carmelita.

The gang headed back in time, leaving the book in the care of Dimitri Lousteau in the present, who used the disappearing pages to direct the gang to their next destination, eventually completely preventing the destruction of its contents. The Thievius Raccoonus was restored back to normal and is currently in the care of Bentley, who is still decoding all that it has to offer as the rightful owner, Sly, is trapped in ancient Egypt.

As previously mentioned, the Thievius Raccoonus contains details on almost everything relating to the Cooper Clan.

Several members of the Cooper Clan developed techniques that were not included in the book. In addition, adventures of Coopers existing before Slytunkhamen the first were not recorded.

A partial list of excluded techniques is as follows:

Bentley writing in the Thievius Raccoonus.

Sir Raleigh of the Fiendish Five stealing the Thievius Raccoonus.

Sly Cooper on the day he was to inherit the Thievius Raccoonus. 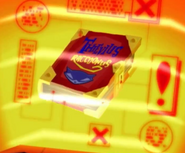 The Thievius Raccoonus being decoded.

Concept art for the Thievius Raccoonus from Thieves in Time. 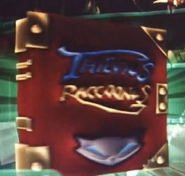