Timing Is Everything is a series of animated shorts that were published to prepare for the release of Sly Cooper: Thieves in Time. The shorts focus on a heist that the gang pulls, stealing a gold watch from Muggshot's flying fortress. The gang runs into trouble, however, when Inspector Carmelita Fox makes an appearance.

Sony sent one part of the series to three different gaming journalism sites - the first to IGN, the second to GameInformer, the third to GameSpot - to release on consecutive days starting on January 22, 2013, two weeks before Thieves in Time was due to release in North America. The entire uncut short was posted to the PlayStation Blog on January 25, 2013.

The shorts were created by Ghostbot, the animation company behind the 2D cinematics that appear in Thieves in Time, in order to "reintroduce Sly Cooper and the gang in a big way."

It starts off by showing a gold pocket watch being locked into a vault, surrounded by guard dogs led by Muggshot. The vault is shown to be on a large plane flying through the sky. The Cooper Van, equipped with a jet engine and wings, flies up next to the plane and opens its side door, where Bentley uses a large harpoon gun to latch onto the plane. Sly Cooper then slides down the rope and attaches his cane to a hook on the plane. There he finds a button and promptly presses it. It opens the door for the landing gear (which Sly is attached to), which is quickly closed by the pilot, who notices that the door is open. Sly flings himself inside and lands on his back. Bentley and Murray let out a sigh of relief.

Now inside, Sly dashes down a hallway, only to quickly turn around for fear of being caught by the guard dogs patrolling the plane. He hides inside a closet as they pass, then turns around, noticing Inspector Fox tied to a chair. He rips the duct-tape off of her mouth, and she screams, after which she comes face-to-face with him and growls. The screen goes black and the words "To Be Continued" are shown.

It starts off when Sly is in the closet and turns around and sees Carmelita tied to a chair. He rips the duct-tape off of her mouth, and she screams, after which she comes face-to-face with him and growls. Sly explains how she had been in hot pursuit of Muggshot, but was caught and put in the "Dog house."

Sly walks around her and begins to untie her, but realizes that it might complicate the job. He puts the duct-tape back on her mouth, then leaves the closet as she shakes her chair. Sly promises to return soon, and starts to sneak up to a guard standing in the hallway.

Carmelita rocks her chair so hard that it hits the shelf behind her, knocking an emergency flare into her lap. She holds the flare to the ropes, burning through them and causing smoke to set off the fire alarm. The guard hears the alarm and turns around right as Sly is about to knock him out. Sly grabs his gun with his cane and knocks the guard over, then drags him away.

Muggshot is shown reading a newspaper in a bathroom stall. A guard opens the closet where Carmelita is trapped, smoke pouring out, before he notices Carmelita. She jumps out, kicks the guard in the chin, grabs his gun and runs. Muggshot comes out of the bathroom stall right as three guards charge past, obviously chasing Carmelita.

Taking advantage of the situation, Sly, now wearing the knocked-out guard's clothing, sneaks into the captain's cabin where the safe is located. Dropping the disguise, Sly pops his knuckles and starts to crack into the safe. When it opens, the gold watch is no longer inside. The screen goes black and the words "To Be Continued" are shown.

It starts off as Sly opens the vault, only to find it empty. Muggshot enters the control room wearing the gold watch on his wrist, and a battle quickly ensues. Sly dodges Muggshot's blows, getting a whack with his cane in now and then, before Muggshot pins him to a wall. Sly now sees the watch on Muggshot's wrist. Muggshot grabs Sly's head and picks him up, while Sly kicks Muggshot in the head repeatedly. Muggshot again pins Sly, this time to a computer. Sparks fly, making the computer in the pilot's quarters to explode.

The plane gains speed, causing the Cooper Van to be pulled by the grappling hook, no longer able to keep up. Muggshot nearly hits Sly again, but notices that the gold watch has been taken from his wrist. Sly wraps the watch around his fist and socks Muggshot in the jaw, knocking him out. Just then, Carmelita breaks through the door and a few knocked out guards hit the floor. She aims the stolen pistol at Sly's chest, before they both notice that the plane is now headed directly for a mountain.

Muggshot's guards are seen jumping out of a hatch and deploying their parachutes. The wings on the Cooper Van break off and the grapple hook cord snaps, causing the Van to fall through the roof. Sly grabs Carmelita's hand and they both jump onto the awakening Muggshot's back, which knocks him out again. Bentley uses an arm on his wheelchair to grab Muggshot's belt, and Murray guns the engine, launching the Van out of the top of the plane.

The plane crashes and explodes on the mountain-side, and Bentley throws three parachutes out of the top of the Van, slowing their descent. Sly turns to Carmelita and the two smile, hoping to "work out their differences" before a grinning Carmelita again aims the gun at Sly. He grabs the gun and pulls Carmelita closer, giving her a kiss. Bentley's wheelchair arm disconnects from Muggshot's belt, leaving both him and Carmelita on a cliff-side.

Carmelita blushes for a moment, before growling at the escaping Sly, raising up her fist in anger. The gold watch is in her hand, with one of Sly's calling cards attached to the face. Sly waves to her, and a smiling Carmelita shakes her head in content. Sly, now in the Van, makes an embarrassed smile at Bentley and Murray, raising his shoulders, while Bentley facepalms and Murray rolls his eyes. That image is captured in a photograph, which Sly, standing on a balcony, is holding. Carmelita walks up to Sly and hugs him as Sly looks at the Eiffel Tower and Le Paradox's blimp floating near it.

One theory suggests that this took place after Dead Men Tell No Tales, but before Honor Among Thieves in Sly 3; Penelope's skills of piloting would have assisted the Cooper Gang in putting the wings on the Van, and Carmelita would have been hot on Muggshot's trail if he had escaped after being put in prison a second time. The fact that she never set foot in Blood Bath Bay suggests that she may have been captured by or occupied with tracking Muggshot sometime before the plane ride that takes place during Timing is Everything. Also, in Honor Among Thieves, the Panda King has to use fireworks to get the Van up to the vault, implying that the Van's lack of flying ability was a recent event that had resulted in Penelope not having enough time to put new wings on it.

One feature that does not line up with the events of Sly 3 is the fact that Bentley is wearing his pith helmet from Sly 2: Band of Thieves and Sly Cooper: Thieves in Time, as opposed to his bicycle helmet from Sly 3: Honor Among Thieves. If this short actually does take place during the events of Sly 3, the reason why Bentley is wearing the pith helmet is unknown. 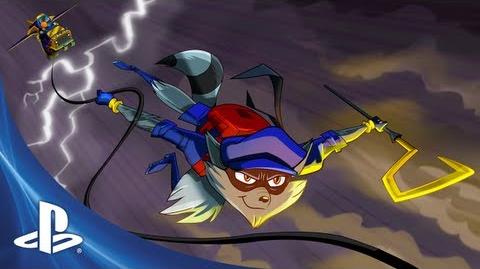 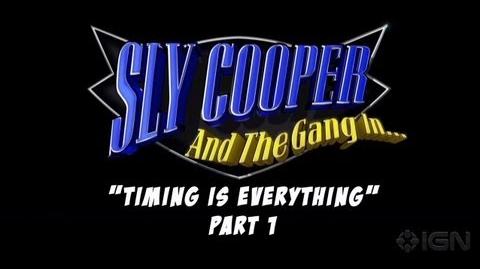 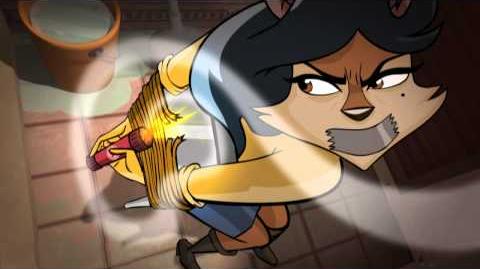 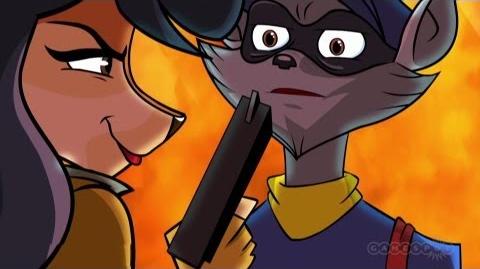 Retrieved from "https://slycooper.fandom.com/wiki/Timing_Is_Everything?oldid=140331"
Community content is available under CC-BY-SA unless otherwise noted.