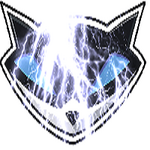 The ball's in motion.
This user is the Fandom Wiki Manager for the Sly Cooper Wiki. They are here to help the community and be a liaison to full-time Fandom staff.

In case you haven't noticed, I'm the brains of the operation.
This user is an administrator of the Sly Cooper Wiki. Feel free to contact them with any questions, comments or concerns.

Hello everyone. My name is Shrev64, and you can call me Shrev if you wish.

I started Sly when I was around 10, but even though Sly Cooper and the Thievius Raccoonus and Sly 2: Band of Thieves were side-by-side on the store shelves (and I had never played the Sly line-up and never knew what the story was about), I bought Sly 2. I was then stuck realizing who the main villain was and why the Cooper Gang was trying to destroy them.

I got stuck on Sly 2, and then Sly 3 came out. I got it, and I found it much better (at the time) than Sly 2. Though there were still some flashbacks where I got confused, this game still impressed me, especially the new gadgets and combat moves.

I finally got Sly 1 in November of 2009, and beat that game through Winter Break.

Thieves in Time was the first game I had ever preordered, and I didn't regret it. It's got its flaws but it's not terrible.

Other Items of mine

Sly Cooper merchandise that I own. A picture will probably accompany this in the near future.

Retrieved from "https://slycooper.fandom.com/wiki/User:Shrev64?oldid=125900"
Community content is available under CC-BY-SA unless otherwise noted.