"Operation: Moon Crash"
"Hungry Croc" was a job for Murray in Rumble Down Under of Sly 3: Honor Among Thieves.

Feeding time! Convince a crocodile to like eating miners. Feed it four kangaroos, four dingoes, and a flashlight guard.

After the short cutscene, use Murray's juggle move (

) to pick up miners, then throw them at the crocodile. Two gauges will be present at the bottom of the screen. Knock out some guards in case you're running out of health.

Watch the cutscene and it's Job Complete. 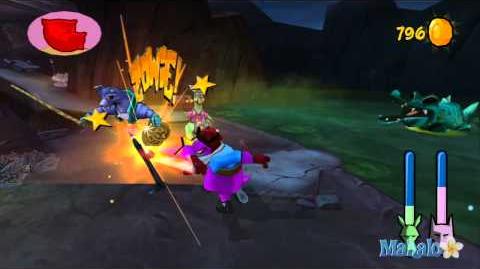