"X Marks the Spot"
"Jollyboat of Destruction" was a job for Murray in "Dead Men Tell No Tales" of Sly 3: Honor Among Thieves.

to fire a cannonball. Holding down

before firing will increase the shot distance. Destroy the four rudders, and deal with security in the process.

The harbor patrol will then come in to eliminate you. Ram off their armor, then sink them with a well-placed cannonball. Do this six times, and they'll send in their cutter.

Fire at the mast's support beams. Once it's sunk, it's job complete. 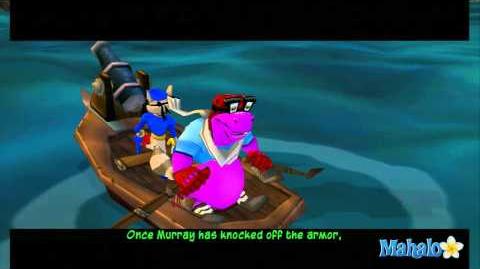