"Into the Depths"
"Octavio Snap" was a job for Sly Cooper in "An Opera of Fear" of Sly 3: Honor Among Thieves.

Note: You must stay out of Octavio's line of sight the whole time. 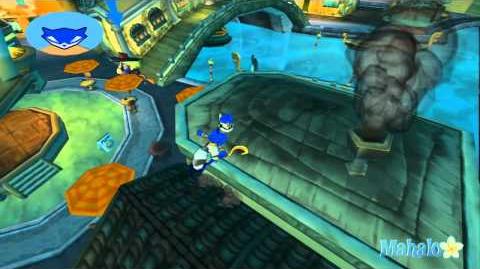