"Search for the Guru"

"Operation: Tar-Be Gone!" was a job and the heist for Sly Cooper, Bentley and Murray in "An Opera of Fear" of Sly 3: Honor Among Thieves.

Go up to the guard guarding the tar pumps with your Venice Disguise. Once inside, go through the place while still in disguise. You will then approach a double button door, and Octavio appears. After a discussion with Sly keeping under cover, Octavio helps you with the double button door. Going farther leads you to the tar pumps, where Bentley joins you.

Control will switch to Bentley. Bomb all six tar pumps. While bombing the pumps, enemies will be alerted and come into the pump room. Sly will try to defeat them, but not all will be defeated. If some come near you, lure them to a tar pump, place a few bombs, and back away. The bombs will go off, killing the enemy and eliminating a tar pump. Each tar pump should take about 3 bombs to destroy them. After all 6 have been destroyed, Bentley tells Sly that the tar vacuum should start to lose suction. Go outside into town, where Octavio is. After the conversation, a rhythm based segment occurs, where you must repeat the buttons shown on the screen in order.

After the reciting part is over, Sly cuts the rope to the chandelier, but Carmelita shoots and breaks it just before it hits Octavio. A boat chase occurs after Carmelita drops in. Shoot out Octavio's engine, while dodging Octavio's gadgets and the police.

Once you take out Octavio's engine, you stop at the main square, where Murray was watching. After Octavio takes out Bentley, control will switch to Murray. Use the tar valves to release tar and stop Octavio. Punch him while he's suspended, but watch out! He can throw tar balls, do a move similar to Murray's Thunder Flop, and jump up in the air and kick you. Once a certain point of his health is gone, Sly will tell you that the pumps are out of tar. Run to the police station for more tar. Repeat the first process. Once Octavio is defeated, it's job complete. Once you finish this job, you also complete "An Opera of Fear". 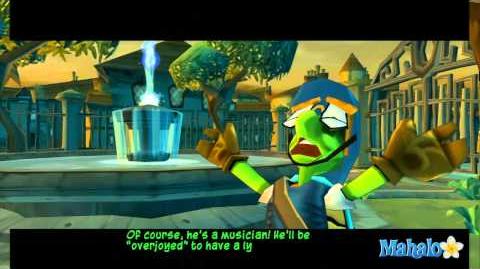 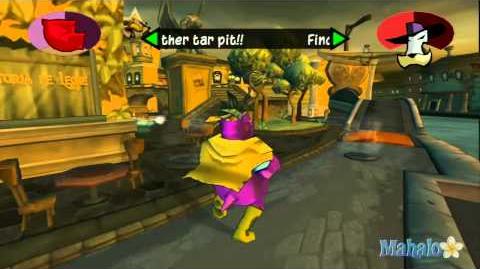