"Operation: Turbo Dominant Eagle" was the heist job for the Cooper Gang in Flight of Fancy of Sly 3: Honor Among Thieves.

Take out the Black Baron and win the ACES competition.

Take off and you will have another 3D choice, then once you made your choice, you will be at the arena. Shoot down the Black Baron (he's in a black biplane). After disabling his plane, watch the cutscene leading to the final battle between Sly and the Baron, which takes place on the wing of the Baron's jet. Once the fight begins, whack him and dodge his big punches. Each time a quarter of his health is depleted, he will fall to the edge of the plane and will call in reinforcements. Deal with him until he gets back onto the wing. He'll have a shockwave attack in his arsenal. Double jump to dodge it. In the third and final round, you have to deal with him and his reinforcements at the same time.

Once you get the Black Baron's health to zero it's...surprise! It's Penelope! Watch the cutscene and you complete the episode. 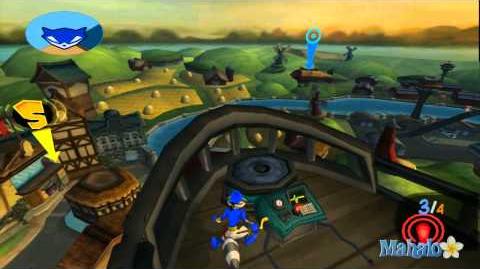 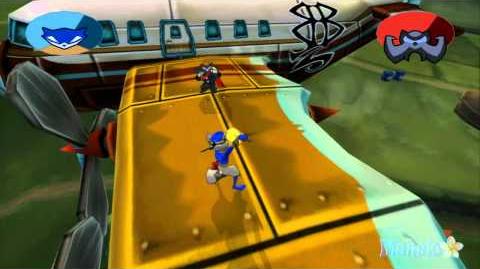