"The Talk of Pirates"

"Operation: Wedding Crasher" was a heist job for Sly Cooper, Penelope, Murray, and Bentley in "A Cold Alliance" of Sly 3: Honor Among Thieves.

Rescue Jing King from General Tsao, steal his treasure and escape from China in the Cooper Van.

First, sneak into the treasure hall and open the door for Murray and Penelope. Next, use the RC car to avoid the windows, the blue security nodes and their blue lasers. Get to the other end of the room to destroy the computer. After destroying the computer, a second computer will be rebooting the system, so you will need to destroy the blue nodes before the timer runs out, or the operation is a failure. After that, control will switch to Murray. Head up to the dragon statue with Penelope to open the hatch door. After simultaneously pressing the switches the first time, a couple of dragons will appear. Defeat them by hitting them (much easier using the Temporal Lock move). After you unlock the door and watch the cutscene, control will switch to Sly.

As Sly, you will need to paraglide down to General Tsao's palace where Jing King is and enter. As the Panda King and Guru are traveling beneath the palace, the building will shake, causing the vases to become unstable. You must stabilize the vases before they fall and trip an alarm.

Next, control will switch to Bentley. You will need to use the Grapple-Cam to lure Carmelita to the front of the palace, where Sly's calling card is. Make sure you do not leave your position on the stilt platform, or you will fail the job. After the cutscene in the palace, the scene will switch back to the outside.

Finally, everything links up chronologically. Watch the cutscene of the temple falling apart and Tsao summoning the dragon, which grabs Penelope. Control will switch to Sly again. As him, you will need to hook onto the local fireworks scattered around the area, and fly up to the dragon to whack him. You must spire jump on the spines of the dragon and get to the front to attack. It will blast fire at you each time you jump forward. When in close range, it may try to crush you with its hands, or slash its fiery tongue at you. If you do a certain amount of damage to it, it might do a barrel roll that will force you off of it, and you will need to find another rocket to fly back up to it. When you beat it, it will shake Sly and Penelope off. Watch the cutscene of Sly flying Penelope down to the van and you will complete the heist and the entire episode. 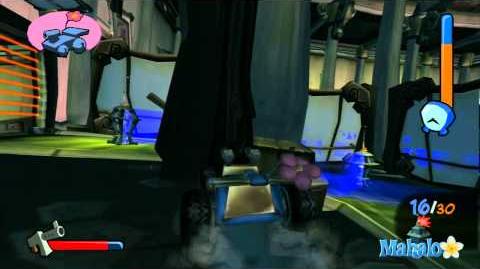 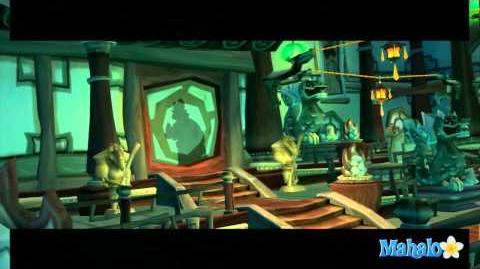