The Talk of Pirates

"Dynamic Duo"
"The Talk of Pirates" was a job for Sly Cooper in "Dead Men Tell No Tales" of Sly 3: Honor Among Thieves.

After the binocucom briefing, go up to Black Spot Pete. He'll refuse to talk to you, and you'll then be tasked with stealing three parts of a disguise from three different lieutenants. Lure Stone Jake under an anchor by whacking the palm trees. Drop the anchor on his head to claim the eyepatch.

Take out the second lieutenant's guards (Silent Obliteration and Shadow Power level 2 help here), then unscrew his peg leg and claim it. Find the third lieutenant, Twitchy Ned, in a crow's nest and chase him down. He'll hand over the hat without problems afterwards.

Assign the pirate disguise as a power-up, don it, and then go talk to Pete. He'll challenge you to an insult competition. Here's the catch: you can't repeat what was said before from either you or Pete; plus you're timed, so think fast. After six rounds, Pete will be convinced Sly is Cantankerous Tim and he'll talk about his treasure. Once the conversation is over, the job is complete.

Note: Failing the insult segment numerous times will shorten the length of it. 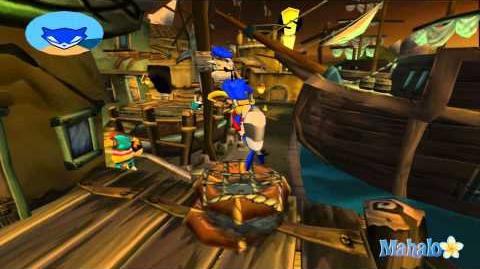 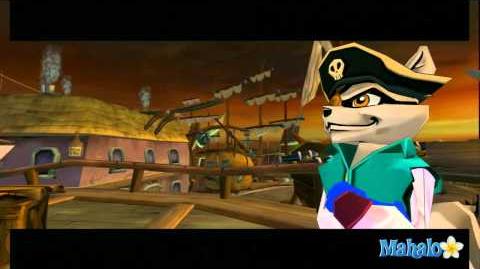